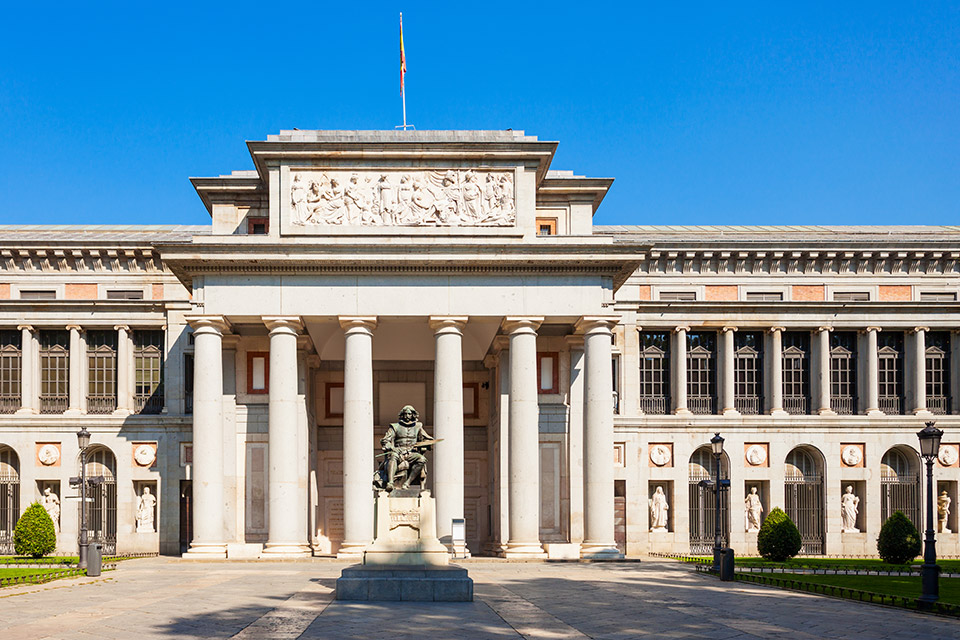 Obviously, Madrid has a lot to offer—depending on your hobbies and personal tastes, there could be hundreds or even thousands of places that will interest you! The Spanish capital is so rich in culture and teeming with life.

In this article, I’ll recommend two key sites that are very close to one another. You can spend the morning at the Prado Museum, and then walk 5 minutes to Retiro Park to have lunch and spend the afternoon under the shade of the chestnut trees, touring its monuments and gardens.

The Prado is considered one of the most important museums in the world, and it is the most important and most visited cultural institution in Spain. You will find it very close to the center, next to the botanical garden and the Retiro Park. You can’t miss it!

Its large rooms house beautiful paintings that illustrate the history of Europe from the Middle Ages to the early twentieth century—though, understandably, Spanish works dominate. Most of them are paintings acquired by Spanish kings from the sixteenth to nineteenth centuries.

It was founded by the insistence of Queen Isabel de Braganza, wife of Ferdinand VII, who was King of Spain after the occupation and expulsion of the French. However, Queen Isabella never saw it come to fruition because she died a year before its construction finished.

The main attraction of this impressive museum is the extensive collection of world-renowned painters, such as Diego de Velázquez, El Greco and his particular style and, of course, the great Francisco de Goya—a predecessor of impressionism who knew how to show the barbarism of the war against France like no one else could.

You can also see works by Titian (famous for his nude paintings), Rubens’ particular principles of feminine beauty, and Bosch’s enigmatic paintings of picturesque and strange characters wandering through heaven and hell.

On top of that, there are many more illustrious painters that you can find in its rooms, such as: Zurbaran, Tintoretto, Dürer, Van Dyck, Murillo and Fra Angelico, among others.

It’s no wonder that one of the directors of the Prado National Museum (Alfonso E. Pérez) said in his day that the Prado «represents in the world’s eyes the most significant parts of our culture and the most brilliant and enduring parts of our history». 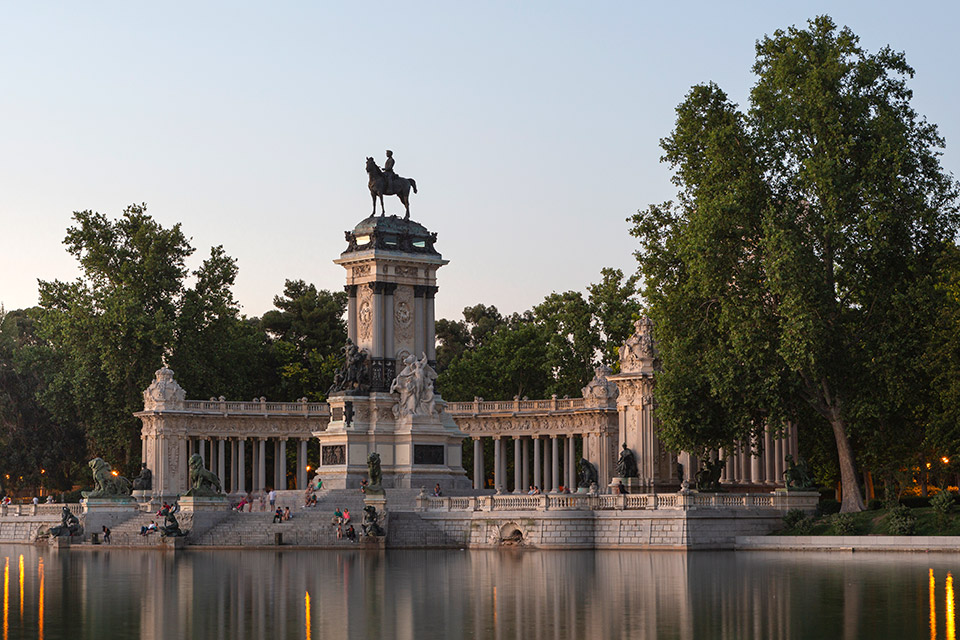 Just behind the Prado Museum, you’ll find the enormous Retiro Park, popularly known by all Madrileños as ‘the Retiro’. In its 125 hectares and over 15 thousand trees, you can get lost and discover authentic treasures of all kinds: gardens, palaces, ponds, fountains, sculptures…

Retiro Park was created by the Count-Duke of Olivares (an important historical figure in 17th century Spain), for the enjoyment of King Philip IV. However, the people of Madrid did not have access to its gardens until the eighteenth century, when Carlos III allowed public use of the park. And it was not until the 19th century that the park finally passed into the hands of the city council.

Since July 2021 the Retiro is a Unesco World Heritage Site—not at all suprising, taking into account its history and the heritage of its interior!

Some of its gardens are: the Rose Garden (full of different species of roses), the gardens of Cecilio Rodriguez (Andalusian style), the garden of Vivaces and the French Parterre which houses the oldest tree in Madrid (400 years) popularly called the ahuehuete.

But apart from being one of the lungs of Madrid, you can find scenic and architectural wonders such as: the Estanque grande, where you can rent a boat and row on the lake; the Palacio de Velázquez; and the Palacio de Cristal, commonly used as an exhibition hall of artistic works, and one of the best examples of iron architecture in Spain.

And we can continue with: the monument of Alfonso XII; the statue of the Fallen Angel (the only sculpture in the world whose motif is the devil); the Fountain of the Galapagos, dedicated to the birth of Queen Elizabeth II; and more places that you will just have to see with your own eyes!

Other visits you can not miss in Madrid

In other articles, we will talk about those other countless must-see places that Madrid has to offer its visitors. If you are going to live here for a few months you will have time to get to know and enjoy them.

Do you want to know curiosities
about Spain and Spaniards?

Receive in your email tips
and recommendations to come to Spain

You will also receive news and offers of our Spanish courses.

It’s free and you can unsubscribe from the list whenever you want.

Information on data protection: Canterbury Consulting Spain S.L. informs you that the personal data you provide us by filling out this form will be processed by Canterbury Consulting Spain S.L. (https://spanishadventures.es) as responsible for this website. The purpose of collecting and processing the personal data that we request is to manage the request you make in this contact form. Legitimation: Consent of the interested party. As a user and interested party, we inform you that the data you provide us will be located on the servers of Cdmon (hosting provider of https://spanishadventures.es) in Spain. See Cdmon privacy policy. The fact that you do not enter the personal data that appear on the form as mandatory may have the consequence that you cannot attend to your request. You can exercise your rights of access, rectification, limitation and deletion of data at info@canterburyconsulting.es as well as the right to file a claim with a control authority. You can consult the additional and detailed information on Data Protection on my website: https://spanishadventures.es, as well as consult my privacy policy. 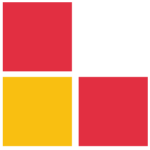 Youtube
Menú
We use our own and third-party cookies to obtain statistical data on the navigation of our users and improve our services.    Configure and more information
Privacidad